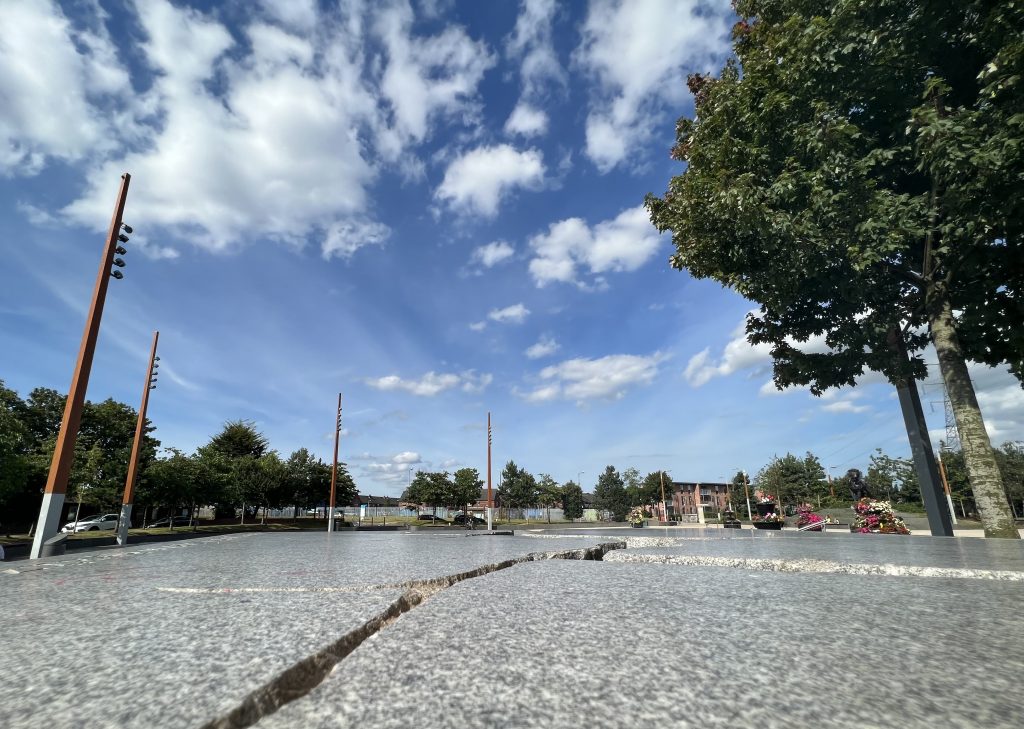 We hope you have been enjoying this year’s EastSide Arts Festival. We have a cracker closing weekend lined up Live at C.S. Lewis Square, from the Man in Black to emerging NI talent. It’s set to be a sunny weekend, why not join us at one of the events below:

CASH RETURNS has been hailed as the most exciting Johnny Cash & June Carter Tribute in the UK, Ireland and beyond by Man In Black fans. It is regarded as one of the best touring live music shows in the country with a fan base that grows daily. The show was recently awarded Best Tribute Band at the Hot Country TV Awards, and Best Tribute Show at the 2022 ‘Northern Ireland Country Music Awards’, for the second year running.​

New Pagans, Lemonade Shoelace and Winnie Ama represent some of the most inspiring, alternative voices from the local music scene. They are brought together for this special EastSide Arts event by Dig With It, a quarterly magazine from Belfast that champions music, arts and counter-culture.

New Pagans recently completed a European tour with Skunk Anansie, celebrating the latter act’s 25th anniversary. New Pagans won the Best Live Act award in the NI Music Awards in 2020. Their shows are intelligent, loud and visceral, showcasing the immense songs from their debut album, The Seed, The Vessel, The Roots and All.

Lemonade Shoelace was instigated Ruairí Richman, a vivid, leftfield composer who merges dance culture with pop fizz. He recently won an international contest, Musicians Wanted, led by Vans, the skatewear company. The prize was a gig in Mexico, opening for Yungblud. Lemonade Shoelace is a fully-developed act now, expanding beyond the debut Autopilot Paradise and fixing to further that international profile.

Winnie Ama was this year’s artist-in-residence at Cathedral Quarter Arts Festival. Raised in south Belfast, she currently works out of London. During a youthful visit to New Orleans, she came to understand and love America’s jazz legacy. She travelled to Budapest where there was a random meeting with the Belgian DJ and music entrepreneur, Francis Groove. Her music combines soul, R&B and jazz with outstanding songwriter smarts.

After a sold-out inaugural event with EastSide Electronics in 2021, The Night Institute returns to C.S. Lewis Square with a sterling line-up of quality local talent. This year, Timmy Stewart & Jordan Nocturne are joined by Ponyhawke and new talent, Buru.

The Ultimate 80’s Party night – pure 80’s musical heaven closes the festival. If you remember MTV, leg warmers, Lady Diana marrying Prince Charles, mix tapes, Jane Fonda’s workouts, The Boys of Summer, VCR’s, Cabbage Patch Dolls and calling someone to ask them out . . . then this is the night for you!

Gary Myles (Downtown Breakfast Show) will be spinning the greatest tracks of the 80’s before introducing the mighty Maurice Jay’s Pleasuredome, so come and join us in C.S. Lewis Square to close out the 2022 festival with 4 hours of banging 80’s tunes that provided the soundtrack to the Rubiks Cube Decade.

The EastSide of the City is getting ready to celebrate the creativity and imagination of one of its literary greats – C.S. Lewis. From 18th

EastSide Arts Festival 2022 – tell us what you think

That’s a wrap on this year’s EastSide Arts Festival! Check out our round-up video…

EastSide Arts Festival celebrates its 10th birthday this summer, 4th–14th August and everyone is invited!

We are delighted, through the Start Programme, to be able to offer one person the opportunity to join our team as Production & Admin Assistant for EastSide Arts.

EastSide Partnership is delighted to announce that the ninth C.S. Lewis Festival will take place at various locations across east Belfast from 18 – 22 November 2021.